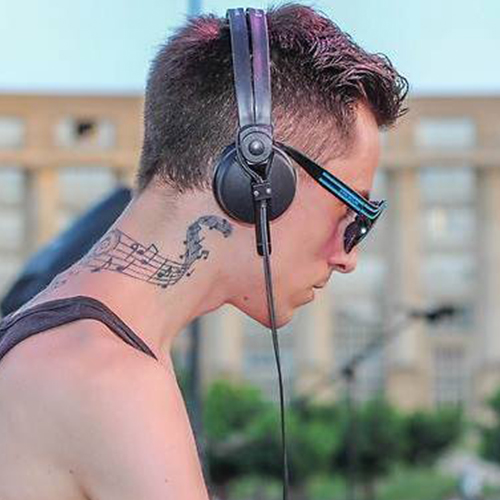 Born in the 90’ in France, Spencer K is a young talented producer.
Since childhood, he has always loved music, specially funk an disco. Important turning point at the age of 15, his early years of dancefloor when he discovered one of the biggest club in southern France, the underground scene and met some of the biggest artists like Johnny D, Monika Kruse, Radio Slave. It was just enough to feel the passion for Techno and House music! Few years later, at the age of 17 he decided to live deeper his passion, to let
the magie happen and Spencer K started production.
Kid of the french Techno/House scene, he has already more than 100 releases on the most prestigious labels of the moment such as Suara, Form, bouq, Sincopat, Material… He receives the regular support of the biggest artists like Richie Hawtin, Laurent Garnier, Marco Carola, Dubfire, Sebastien Leger, Davide Squillace, Mark Knight, Luciano, Wally Lopez… who do not hesitate to spread the Spencer K touch during their sets. Fed by House and Techno, his style becomes more and more personal and specific at every new bomb he releases: right touch of groove that is needed, good mood percussions, catchy melody, bass purring. Recently, during more than one month, his ep « Rondo » (released on Clarisse, Mendo’s label) produced with Kiko and Oxia stayed on the top 20 on Beatport, and longer on the 100 best Tech House sales, charted and played by Hot Since 82, Dj Chus, Audiojack, Da Fresh, Karotte, Ivan
Pica…
Releases are coming soon on VIVa MUSiC, Glasgow Underground, Terminal M, Bouq ans many more. But that’s not enough! Recently he took part of the Zebrage project, bringing dynamism in our musical stripes and to select the finest tracks. From now I can only advise you to keep an eye on this artist, the future of Spencer K looks very bright, he just begun to deliver us master pieces that will make you dance and escape!